Public Service which regulates the principles of good governance which is the effectiveness of government functions itself. The forms of maladministration that we often encounter are abuse of authority, prolonged delays, neglect of legal obligations, procedural irregularities, nontransparency, negligence, discrimination, extortion, unprofessionalism, unclear information, arbitrary acts, legal uncertainty, and mismanagement. Ombudsman supervision is a representation of the supervision carried out by the community or civil society groups. The way the Ombudsman works is also similar to the way civil society works, free of charge, and various other conveniences. In addition to being largely determined by the political will of state administrators and political support in parliament, the effectiveness of the work of the Ombudsman is also largely determined by how far the community has an understanding of the Ombudsman. 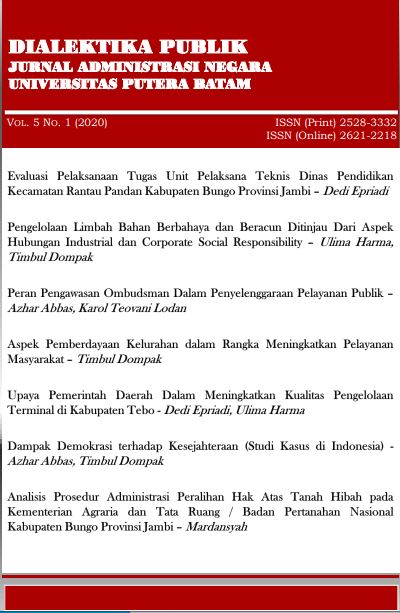