Poverty is a complex issue in Indonesia. Both the central and regional governments are making various efforts to address the issue of poverty. According to Regional Autonomy Law No. 32 of 2004, the Central Government delegated authority to regional governments to control affairs in the regions in accordance with the conditions of their individual areas. This study focused on Kulon Progo Regency, which had the highest poverty rate in the Special Region of Yogyakarta when compared to other districts. Because Kulon Progo Regency has favorable geographical circumstances in the agricultural and plantation sectors, the majority of the population is employed in these industries. To address the issue of poverty, the Kulon Progo Regency Government employs an alternative development paradigm. The implementation of the alternative development paradigm program necessitates interactive engagement among the parties involved, necessitating the use of a collaborative governance approach. State actors as well as non-state actors are involved. The purpose of this research is to identify the concept of collaborative governance in poverty alleviation in Kulon Progo Regency. According to the findings of this study, the community as a subject and object/actor is critical in the concept of collaborative governance in poverty alleviation. In order to promote social resilience, the community is meant to be able to produce money on its own through community empowerment 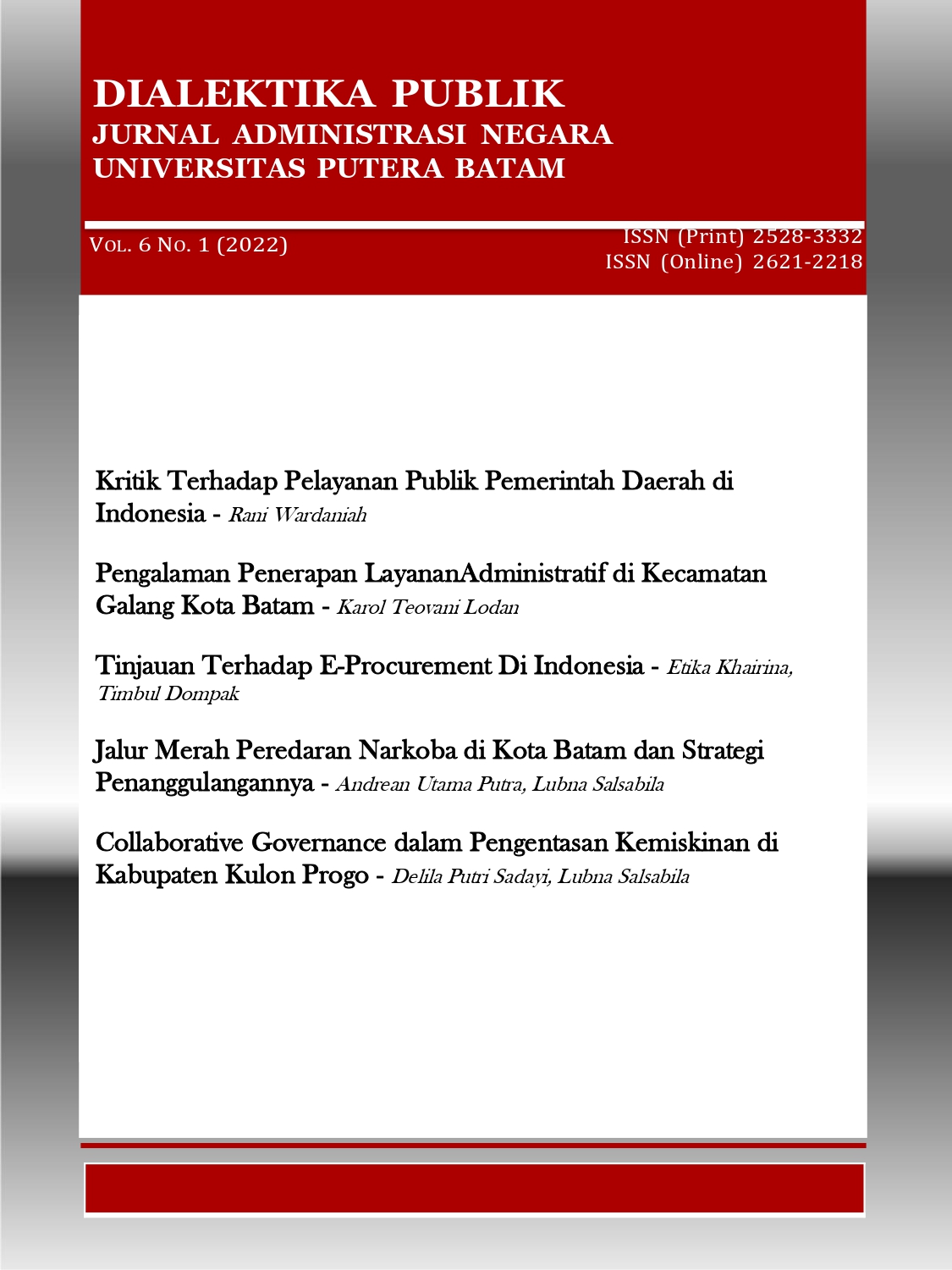